When I first started listening to this evening's debate at about 10 minutes past the hour (yes, I said, "listening." I'm not rich enough to have broadcast, cable, or satellite television.), it sounded like President Obama was deftly affirming Ron Paul supporters' worst fears: "Romney is just like me." However, having just seen the opening remarks on YouTube, I realize that those were just the President's opening remarks.

Apparently, this debate was set to be specifically about the economy. Romney made it clear that he understands the economy better than the President does. 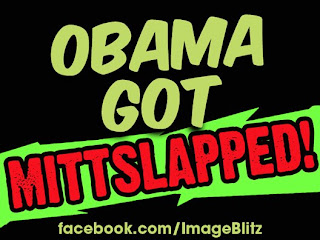 BUT, because I was only able to listen when the debate was live, I was able to pick up on a couple of areas where Mr. Romney didn't do so good.

In particular, Romney said that he had no plans on reducing the federal governments role in education. I'm sorry Mitt supporters everywhere, but Ron Paul and Rick Perry were and are right. The US department of education needs to be shut down if only because it is an unconstitutional entity. The federal government needs to get out of the business of educating our children because it is little more than a mold maker.

In fact, nearly every issue in the debate tonight should be issues for the states themselves to address. The federal government, outside of some ground rule regulations, needs to get out of the way of the economy and let it do what it will, and I think Romney made that point.
Posted by O.H. at 21:49